Worms like decomposing organic material to eat. Biochar doesn’t decompose. In fact, what small pieces of biochar that actually pass through a worm’s digestive tract wouldn’t offer much to the worm by way of nutrition. But it would certainly charge the biochar with all sorts of wonderful enzymes and bacteria. 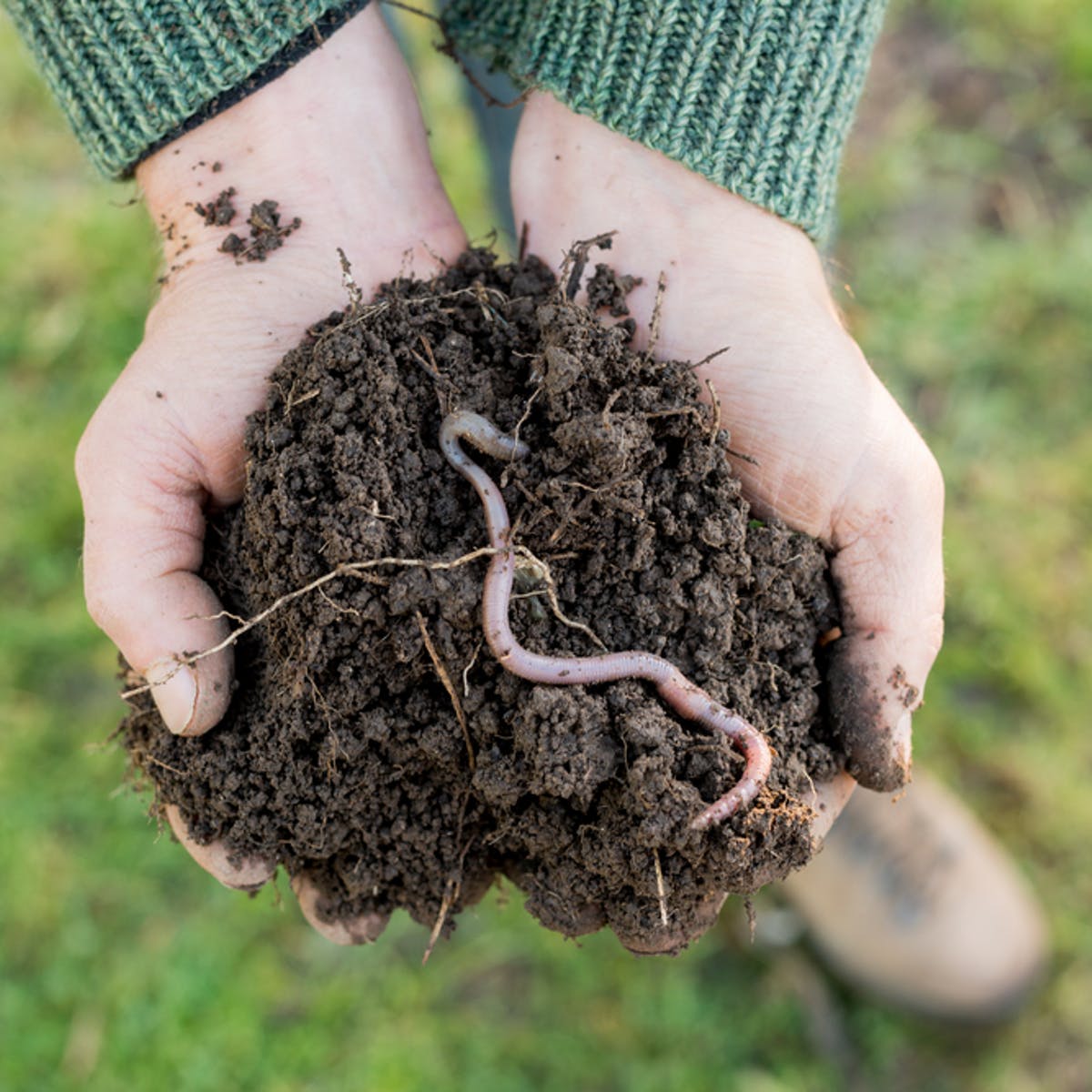 “Earthworms – there are up to six million per acre – live underground in burrows, which can be up to 1.8 m (6 ft) deep. They emerge at night to feed on organic material.

Their beneficial impact on the soil is threefold: physical, biological and chemical. As they burrow through the ground, earthworms create channels that keep the soil structure open, allowing the penetration of both air and water, and thus preventing soil compaction. As they feed, they take organic material, such as dead plant matter and animal excrement, underground, increasing the amount of humus in the soil and making it more fertile. In addition to enriching the soil with organic humus, earthworms swallow soil particles, which are digested in their intestines and excreted as worm casts. An analysis of casts reveals that they are richer in several minerals, including nitrogen, potash and phosphates, than the surrounding soil”.

“Small, invisible and ignored by the vast majority of the human population, the earthworm is a key player that maintains the health and proper functioning of the terrestrial biosphere on which life on Earth depends. Without the earthworm’s ceaseless biological and mineral recycling, our fields and pastures, and the herbivores who depend on them, would be far less productive, making it much more difficult for humanity to meet its ever-growing food requirements”. Eric Chaline 2011.

Earthworms and phosphorus, fertility and fertilizers

“In a single year, the combined activities of earthworms may reproduce as much as 500 metric tons of castings per hectare. The castings are very fertile, containing 5 times the nitrogen content of the surrounding soil, 7 times the phosphorus, 11 times the potassium, 3 times the magnesium, and 2 times the calcium”. Raven, 1986.

Note that these very high figures would presumably only be the case in the very best of circumstances, and have been questioned by some earthworm experts. Also there there is a need to clearly differentiate between increased nutrient content, and increased nutrient availability to plants. The quote below is probably more realistic:
“Earthworm casts therefore contain around 50 percent more calcium, nitrogen, phosphorus, potassium, and bacteria than the surrounding soil.”*

Plant growth can be greatly increased as a result of earthworms. Murphy (1999, page 21) states that “worm-populated soil when compared to similar soil without worms produced the following increases in productivity:

(The US Agency for International Development and the Canadian International Development Centre, in Murphy 1999).
Phosphorus is a major plant nutrient which is likely to become less available and more expensive in the future. Phosphorus also tends to be “locked up” in soils, where added P fertilizer is unavailable to plants. Earthworm casts and vermicompost are relatively high in available phosphorus, and so it makes sense to add rock phosphate to ordinary compost heaps, but even better to add P as rock P or even powdered superphosphate (small amounts at a time) to an earthworm compost so that they can combine the P with organic matter as it passes through, to produce “enriched” vermicompost. Some work on this has been done in India –

The grain yield of cowpea grown with enriched vermicompost was:

Good results should also be achievable (in increasing the avilability of various nutrients) by adding other rock dusts to be vermicomposted, including dolomite, lime, and rock dusts from basalt, glacial deposits, etc.

Wood ash could be used in vermicompost where lime or dolomite are unavailable or not affordable, or in addition. Wood ash can be expected to supply calcium, potash and magnesium.

“Of all animals, few have contributed so much to the development of the world, as we know it, as the lowly earthworm”. Charles Darwin 1881. See also the zai holes page. Hopefully, more to come.

Getachew is from Ethiopia, and is a scholar and a gentleman. One can only hope that his work will be of great benefit to people across Africa, and elsewhere.

Since earthworms do so much good, it is worth taking care of them. One of the best things that can be done to help earthworms to flourish, is to add a mulch made of organic materials to the surface of the soil. Another common technique which helps earthworms to flourish is to add dolomite, lime or wood ash to increase the pH in acid soils, to around 6.5, and provide calcium, and possibly magnesium and potassium. 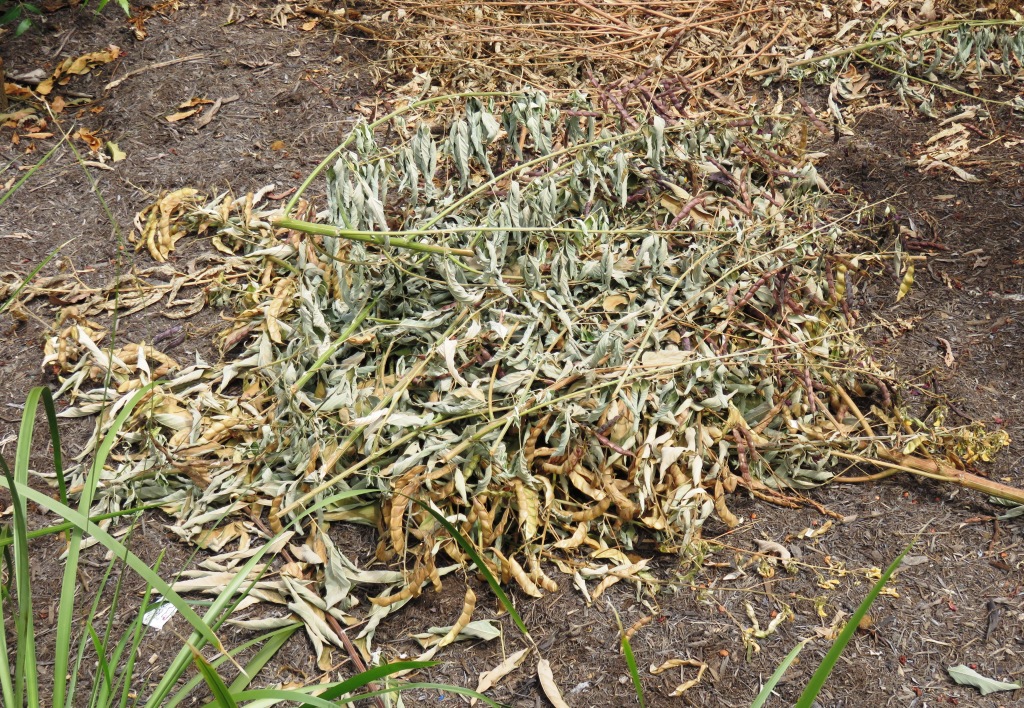 Mulch helps to retain moisture in soils for longer, improves water infiltration, insulates against temperature extremes, reduces weeds, and improves soil structure as it decomposes and is worked into the soil by earthworms and other soil life.

Straw is a popular mulch for vegetable gardens and growing trees. From personal experience, pea straw and lucerne/alfalfa hay are very good for growing vegetables, maize etc. They have the disadvantage of breaking down quickly, which means they need frequent topping up, but on the plus side, earthworms seem to proliferate and thrive with a continual source of protein-rich mulch.

An approach which should work well in most situations (growing vegetables or grains on a small scale and in reforestation projects) and favour earthworms, would be to cultivate or dig compost into the soil, followed with a layer of compost on top of the soil, then a layer of fine textured, nitrogen/protein rich mulch (e.g. leaves of Gliricidia, Leucaena, Cajanus, Sesbania or similar, peastraw, alfalfa, Azolla), with a final mulch on top of longer-lasting coarser/larger materials e.g. wood or bark chips, larger leaves e.g. Mucuna, Acacia mangium, Acacia holosericea, Casuarina or similar. The layers should be around 1 – 10 cm thick (about half an inch to four inches). 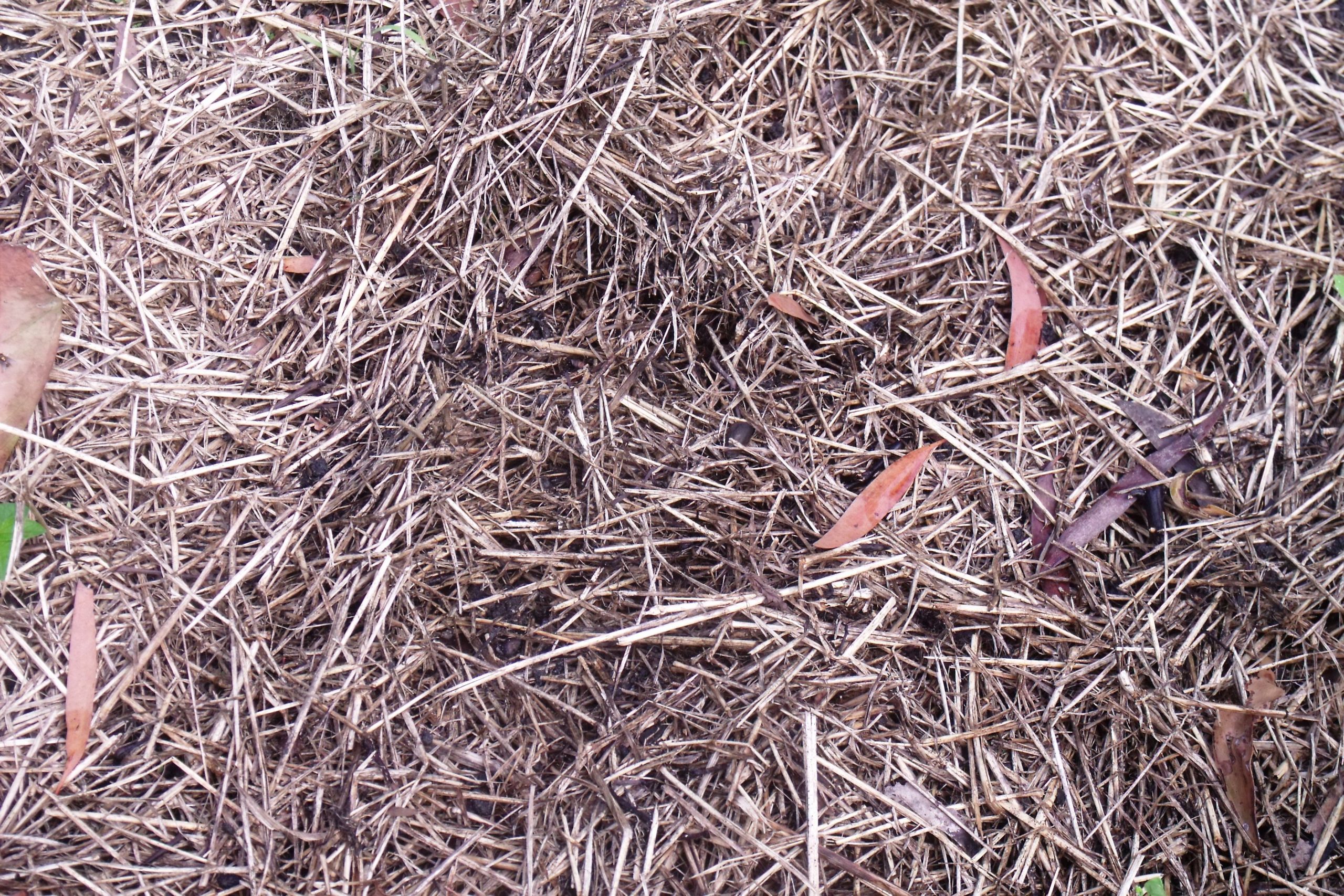 Organic mulches can keep soils colder for longer which is a disadvantage in cold climates or cold seasons. On the other hand, black plastic mulch will heat soils where appropriate.

Mulch can cause nitrogen draw-down where micro-organisms that decompose a high-carbon mulch outcompete plants for limited nitrogen. Organic mulches, if not composted beforehand, may contain allelopathic compounds and weed seeds.

To produce the most mulch on site from a small area in the tropics, grasses such as Pennisetum purpureum, Andropogon gayanus, Panicum maximum, Cymbopogon spp., annual and perennial sorghum species and hybrids, Sudan grass hybrids; and in cooler climates, Miscanthus x giganteus, Phalaris spp., etc. are recommended.

These grasses could be combined with fast-growing nitrogen-fixing legumes (e.g. annual Sesbania sericea, Sesbania rostrata, or perennial Sesbania sesban, Sesbania grandiflora, or annual Madagascan provenance Tephrosia candida) in what should be a complementary mix, producing even more mulch, and of a high quality.

Research (mostly in China) suggests that in semi-arid environments, land formed into rows of ridges and furrows, with around 60 cm ridge to ridge, where the ridges are covered in black plastic and the furrows are mulched with straw or gravel, harvests rain fall and increases the growth of maize and lucerne (alfalfa) by around 30 – 40%. This system should work well in drier climates, and the black plastic can also heat up the soil in colder climates, which may result in earlier maturity and greater growth (and perhaps the opportunity to grow two crops, one after the other, on the same ground in one growing season). In hot climates the heating of the soil is more likely to be a problem, killing micro-organisms in the top few centimetres of soil and possibly killing roots near the soil surface. In wet climates, this system may result in waterlogging and root rot problems.